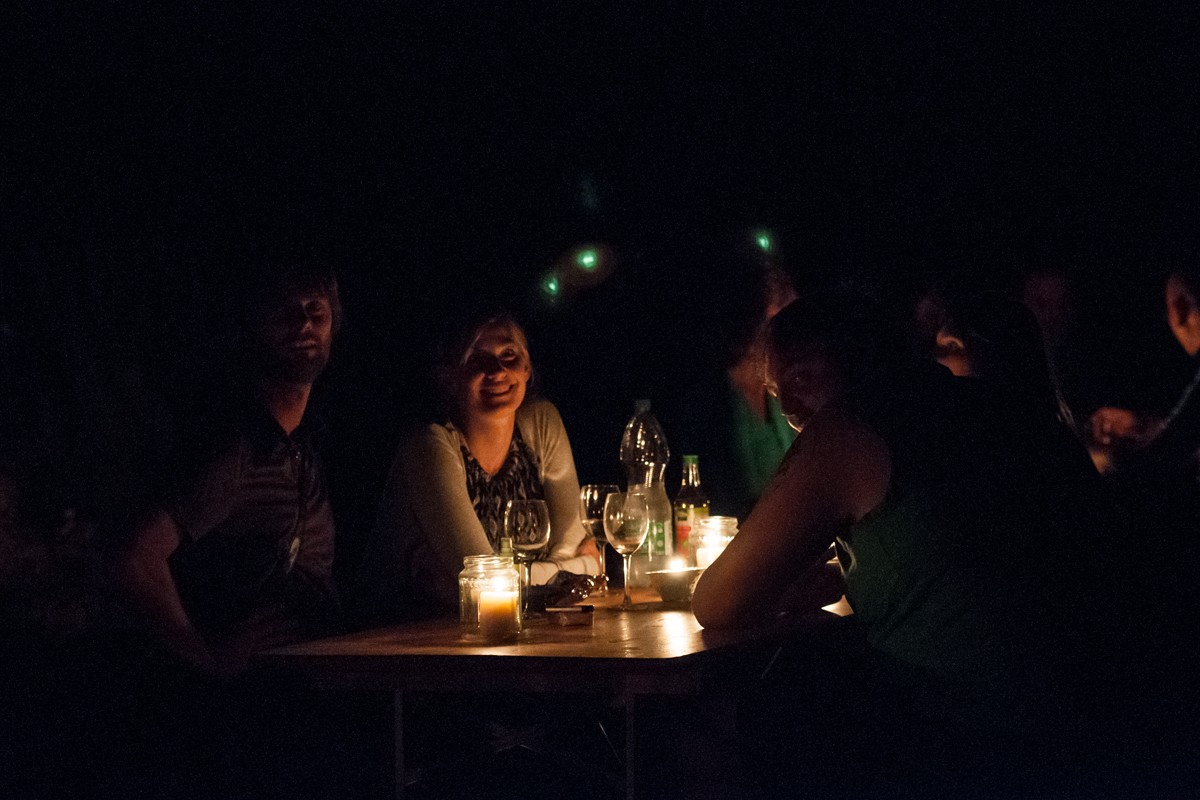 Those who worked with me at any point in my former career will testify to this: I am a rabid soloist.

I have excellent excuses of course. Like the favourite one about how I never wanted to put the responsibility of the type of leadership I was most often expected to display on anyone else’s shoulders. I was very often in charge of re- structuring ( = laying people off ) or building departments / companies / projects from scratch ( = in the frontline with a high risk of failure ). I could also mention commonplaces like “above a certain level” there was very little room for teamwork or that “being in charge was a lonely business”.

Yet, the truth is that I just like working alone.

I like making decisions and being responsible for them alone. I like to come up with my own ideas and I like the process of making sure that they turn into reality – a process entirely devised and overseen by me, alone. Practices often questionable, no doubt, yet due to their high success-rate and effectiveness I never really cared for those questioning, and more importantly: neither did my employers.

So, based on the title of this post, should I at this point start over and re-write these sentences in past tense? Don’t think so. They are still true.

Imagine my initial horror when, about a year into setting up and running my Wine Shop on Somló-hill, someone tried (…) to compliment me and said what a fantastic TEAM I created by managing to bring the most unlikely people together, and how all this was serving the local COMMUNITY and the future of the region in general.

WOW. A community – people – person, working in a TEAM for the greater good, no doubt eventually achieving World Peace.  Was this just too much good Somló-wine or was this really ME?

I am extremely pleased (?!) and proud (!!) to say that I have – no: I am PART OF – the best, most inspiring and extremely diverse team of highly talented creative people in and around Somló wine region. I am also proud to say that in the past 3 years we’ve achieved things TOGETHER that have already changed the future of Somló. We aim to continue to be an essential part of this future-shaping for a long time to come.

Best proof of how we work as a team is the story of “Whose idea was Midsummer Night Wine Festival” – as to this day we have been unable to establish this.

Not that we ever will. The idea-ownership had been claimed by so many people that last year we designed a T-shirt that said in bold: “It was my idea” – then in small print: This T – shirt was printed in the limited quantity of 1228. ( the number of registered vineyard-owners on Somló )

Even though this festival – which is now the single largest and most successful event of the region – and the many other events on Somló are still officially organised by my shop, the initial ideas, their development and execution are all textbook examples of creative teamwork.

People sitting together one warm summer evening in my shop, talking about how we should attract more people to Somló in general. Then … someone saying that Somló is a volcano, lets use this image. Then someone else saying: lets do a volcano-fire-celebration-thing. Then another saying that fires are best displayed during the night. Then another remembering a Midsummer Night wine-festival somewhere else ..winecellars opening..cellars with music all night..being financially independent by sharing costs equally amongst the participants.. finding a solution for transporting a large amount of people to- and from Somló: the right person at National Rail who is crazy enough to stop express trains at the village station for us.. the idea of involving local priests who are crazy enough to open up and allow concerts in the three separate chapels.. the idea of involving all surrounding village mayors who are crazy enough to volunteer their resources to ensure safe infrastructural background….

The first year we created the Facebook Event literally a couple of weeks before the festival date and we persuaded 20+ cellars to stay open overnight. 500+ people turned up – as far as I am concerned: from thin air.

3 years later 40+ cellars organised music concerts and other cultural programs, and we handled 2000+ people arriving from the entire country as well as from abroad.

The single most important lesson so far in my professional life therefore is this: You may be highly effective and successful working alone, and no doubt if you produce enough profit, your employer will tolerate some of your less acceptable, socially insensitive methods, too. For the things that matter in life though, you might want to try listening to others, too.

In case you find yourself in the state of mind where you feel that you want to create something a bit more lasting than “profit” : try teamwork. It is highly inspiring, satisfying and a great source of fun, too. At least so says the ( Formerly-Wicked) Witch of the Hill.

CLOSED DURING THE PANEMIC
Order wines from our entire selection ONLINE, AT ANY TIME from our webshop: www.borarum.hu
with flat-rate Nationwide and International Delivery!
Tel: +36 30 338 8993 | Email: info@somloi.hu

CLOSED DURING THE PANDEMIC

Order wines from our shop ONLINE AT ANY TIME from our webshop: www.borarum.hu
with flat-rate Nationwide and International Delivery!
Tel: +36 30 338 8993 | Email: info@somloi.hu